ZARAGOZA - CHANGES TO A BETTER CITY?

It is a long time since I have written in English in this Blog. It is about time I did.

After the elections, the city seems to get moving again. Of course, the opposition parties are actually starting to twist their comments and threatening about the short time to finish off the works for the EXPO. It is true. Time is short, and moves in the sites is ok in some, slow in others, but I am sure that no matter how many shifts are needed, the works will be finished.

Today, our local newspaper, "Heraldo de Aragón" has published some pictures about the boat to be used as waterbuses during the exhibition next year. Of course, all the readers are welcome to visit the city, the Expo Site and I am sure you will enjoy it thoroughly. In my opinion, they will be used more like a touristic trip on the river rather than a waterbus. At the end of the day, how many hotels are going to be along the river? Hardly any, therefore, there will be very few visitors to get it donwriver to go to the EXPO. Initially, I think the idea of waterbuses is good, but it needs more definition.

However, as everytung related to transport in this city, there is a lack of definition. The elections, seem to have blurred the plans for the future. No idea about the proposed tram line, underground line, but furtunately, we have the first commuter line (East-West Line) under construction. I am a bit expectant about the outcome of this line, as I am not so sure it will be so successful. But then again, I could be wrong.

The buses are a disaster. Yes, we do have new buses (if we dont count the 60 recycled buses expected to support the existing fleet for the event next year). However, the timetables seem to be far away from reality, as frequencies are. It is normal in a city that looks more like a worksite, rather than a city, but we need to get our best image for visitors.

Population here is divided into two positions: Those who look positively to the renovation of the streets, and are aware that during a few months, the situation will be chaotic. There is also the view that Chaos reins in the city, and gets even worse with the works in the city. According to them, the tram will be increase chaos to infernal status, and the best thing for us will be to slash our veins.

Situation is bad, true, but it is as bad as in any city that is growing fast. My big concern is that the city is not planning its movility in the best of ways. The 3rd Ring Road, which was built a few years back, is a 50kms/h limited road, scattered with trafficlights and speed traps that make it anything but a ringroad. The 4th Ring is nearly completed. The East section is under construction and hopefully it will enhance the already blocked at times North section of it, specially when the holiday transit to the Mediterranean Coast increases, both out and inbound. However, the city transit seems to be more and more difficult as new works are planned. Roads are getting smaller, less parking spaces, and the only ones that seem to gain with the renovation are the pedestrians, who are offered more walking space, of course, under the shelter of new trees.

Public transport is not planned correctly either. End of last year, we had a plan presented, that outlined some actions, mostly related to the introduction of the tram. Very little was said about the short term actions to improve, and since the presentation of it, we have had emergency actions implemented, like extra services to the newly opened Multimodal Station and shuttle services to new residential and commercial estates. Nothing more... and what really worries me is that the new Council (and opposition) wants to have that plan as their main tool to develop the city transport.

I don't want to sound to negative. The city is moving, and the passengers are getting to their destinations (late, but they are getting there). What we need is a real plan that improves movility in the city. So far, we cannot look at the EXPO2008 with the certainty that transport will not be a problem.
Publicado por Chusanch en 8:50 a. m. 4 comentarios: 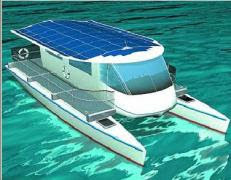 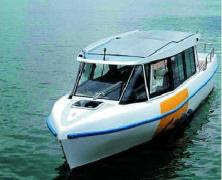 Chusanch
Si quieres contactar conmigo, coge mi nombre "chusanch", seguido de la arroba y después gmail.com If you want to contact with me, get my nickname "chusanch", then add the at sign, then gmail.com